The audience in Gdańsk has been enchanted by “A Midsummer Night’s Dream”, another play directed by Edward Hall and shown on the second day of the festival. The performance was given by already known The Propeller Theatre Group from The Watermill Theatre. The audience repeatedly called the actors back on the stage giving them a standing ovation in order to thank for the marvelous evening. Intrigues and love affairs of three couples: Oberon and Titania, Lysander and Hermia and Demetrius and Helena have been shown joyfully and masterfully, retaining sophisticated elegance of stage design.

Delicate, white and refined stage ornaments matched perfectly the comedy’s poetry and characters’ humour. Oberon – The king of the fairies (Richard Clothier) ,being the only one with a slightly demonic make-up, has started (according to the libretto) series of love scheming. Being jealous of Titania - the queen of fairies (Richard Dempsey) he engages Puck ( here splendid John Trenchard) whose task is to play a prank on Titania with a usage of some kind of juice. Puck, known as a scatterbrain, a jester and a joker, before reaching the queen , allowed himself for some brief affairs – scattering the potion wherever and whenever, causing disastrous events. 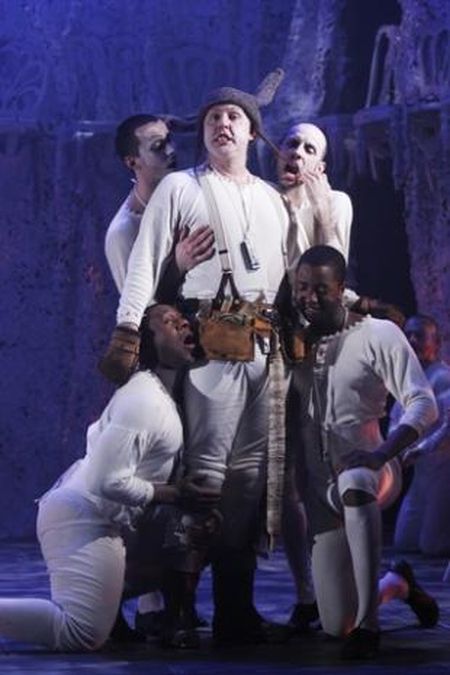 Titania falls in love with a donkey ( a phallic, huge Bob Barret), Lysander falls out of love with Hermia and starts to be crazy about Helen. Demetrius doesn’t feel like getting to know Helen ,who is madly in love with him, because he is attracted to Hermia. Both, Hermia nad Helen, enter the lists with each other, because none of them is satisfied with love arrangements. Ethereal, summer story ends happily with destined lovers getting married.

Particular attention must be drawn to a few of created characters. For me the absolute favourite was Hermia ( Richard Frame), who also played a boor and a mischievous lion. He is absolutely astonishing with his suppleness, ballet like steps, the body’s balance, mimics, partner’s consideration and last but not least words and sounds produced. He seems to be matching perfectly the energy of the stage. Delightfully delicate, feminine charm in man’s body, nonetheless, rapacious when in disagreements with Helen. His role is a masterpiece.

Another actor that is catching up with Frame is John Trenchard who played Puck. He links the events and characters in a marvelous manner. His mimics and gestures when playing another role of a Stout caused floods of laughter. The audience also appreciated the acting of Bob Barret in his role of Nick Bottom. He was exceptionally amusing and demonstratively grotesque ( holding a toilet plunger instead of a dagger), reminding scenes from Charlie Chaplin’s movies or other silent movies. Actor has created an unforgettable character of a starveling, who wanted foremost to show his coarse talent.

It is also worth mentioning Jack Tralton in the role of Lysander and Jonatan Livingstone in a role of a Hippolyta, a fiancé of Thesus.

Mimics has been additionally underlined by the intentionally unfinished make-up, which somehow refers to the style of the comedy del art. Costumes of all the cast reminded western-style pyjammas, which were tied with corsets modeling the waist and some kind of strengthening in the area of crotch ( like foilists). The outfit of Helena bringing to mind the dresses of the ladies of The American Civil War, bizarre characters of the play marching in wellingtons , a lion with avant-garde expression on a coat saying “ I am not a lion” and the charm of a quasi director dressed in navy-lenin’s style hat made all of that as an unforgettable view. 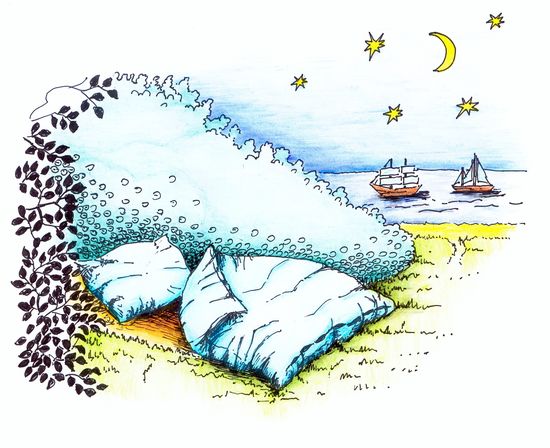